As you know, it's a legal requirement in New Zealand for all employees to have Employment Contracts (whether individual or as part of a collective agreement).

Just like all legal contracts, the wording in Employment Contracts is critical.

If you haven't written it in a legally binding way, it can come back to bite you.

Similarly, if you have written it in a legally binding way but it wasn't what you meant to say, it can still come back to bite you.

Many employers have included "random testing for drugs and alcohol in the workplace" part of their Employment Contracts.

Here at EVP Recruitment we help kiwi businesses with their recruitment requirements every day - including writing employment contracts for our clients.

Here's an opinion piece written for the Marlborough Express by Jenni Walker - a case worker at Communitty Law Marlborough, I discovered on stuff.co.nz on drug testing.

You can find the original here.﻿

If you have any questions about your your workplace is protected (or not) in regard to employment contracts, safety and / or drug testing please feel free to get in touch. 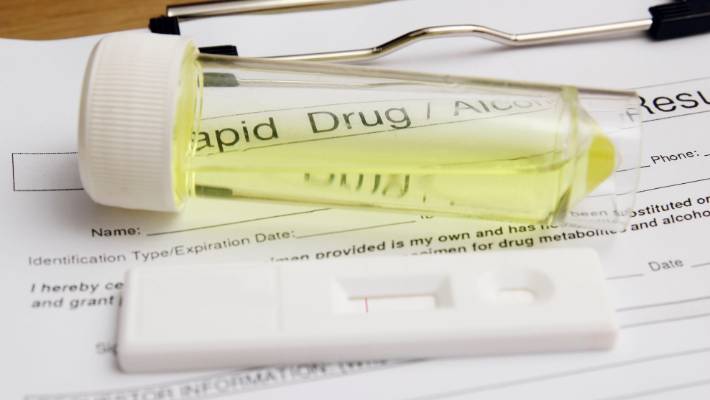 SUPPLIED Drug-testing: "It definitely shouldn't be used as a blanket measure to root out anyone and everyone who uses drugs outside work hours."

OPINION: Drug-testing at work has become the hot employment topic. Like P testing of rental properties, there is an industry that has sprung up around it with experts to be found everywhere.

Some employers are using a zero-tolerance policy as a reason to test employees and use a failed drug test as grounds for instant dismissal. This isn't lawful.

There are some high-risk jobs where a worker must be drug and alcohol-free. We all want our pilot to be sober and focused.

Likewise, forestry workers and heavy machinery operators – those areas where one small slip could be fatal.

But the same criteria are being applied to jobs that carry a much lower risk and even to occupations where there is no risk at all.

While many would see zero-tolerance to drug-taking as an important moral position, it has to be balanced against a person's right to privacy and, unless an employee is likely to be impaired to the extent that they can't carry out their job safely, their boss doesn't get to make judgements on their lifestyle.

An employer can't punish workers for decisions they make in their private lives.

The main grounds for drug-testing are random testing and testing where there is reasonable cause to suspect the worker is impaired by drugs at work.

Drug-testing can also be carried out pre-employment or in post-accident/near-miss scenarios if the job has safety risks.

Random testing must be truly random and follow a process outlined in employment contracts or the company policies.

A company will be on shaky ground when they include staff in the random testing whose jobs aren't 'safety-sensitive'.

When testing on the grounds of reasonable cause, there has to be an obvious behaviour or action to warrant testing.

There was a court case in 2014 at a sawmill in Nelson where two cannabis plants were found growing in the grounds.

The employers directed that 190 staff on the site be drug-tested.

The company had a drug and alcohol policy where employees could be tested for 'reasonable cause' but the Court found that plants growing on site weren't sufficient reason to test all employees and the employer had strayed too far into people's privacy.

One employee tested positive for marijuana but because there hadn't been any reasonable cause to test him no disciplinary action could be taken against him.

The drug and alcohol policies of many companies include the opportunity to drug-test.

Some employers might believe that, having been caught out, the worker should never touch drugs again but most treatment providers will say that is unrealistic and marijuana use in particular usually requires a weaning off period. It isn't reasonable to fire an employee because they don't immediately return a drug-free test.

It is reasonable though, to expect the level of drugs to be steadily reducing.

Another point to consider, especially in marijuana use, is the cumulative effect - prolonged use causes a greater impairment than the occasional binge but the results of a urine test will show higher levels in the binge user.

It is fair for employers to be worried about a build-up effect but the employer, again, must have reasonable cause to believe the worker's performance is becoming impaired.

Drug-testing should not be used to get rid of staff or to punish or threaten 'difficult' employees.

And it definitely shouldn't be used as a blanket measure to root out anyone and everyone who uses drugs outside work hours.

So, while no-one disputes that it's essential to keep people safe in the workplace, it is equally essential that drug-testing is used fairly and lawfully.

What every office needs for happy employees

To promote from within. Or not